Mariner 9 became the first spacecraft to orbit another planet. Launched on May 30, 1971, the 506-kilogram (1,116-pound) spacecraft circled Mars twice each day for a full year, photographing the surface and analyzing the atmosphere with infrared and ultraviolet instruments. The spacecraft gathered data on the atmospheric composition, density, pressure, and temperature and also the surface composition, temperature, and topography of Mars.

When Mariner 9 first arrived, Mars was almost totally obscured by dust storms, which persisted for a month. But after the dust cleared, Mariner 9 proceeded to reveal a very different planet -- one that boasted gigantic volcanoes and a grand canyon stretching 4,800 kilometers (3,000 miles) across its surface. More surprisingly, the relics of ancient riverbeds were carved in the landscape of this seemingly dry and dusty planet. Mariner 9 exceeded all primary photographic requirements by photo-mapping 100 percent of the planet's surface and taking the first closeup photographs of the tiny Martian moons, Deimos and Phobos. 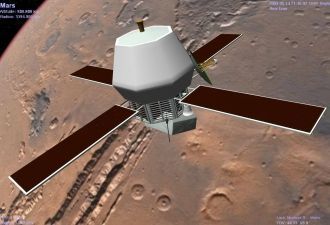 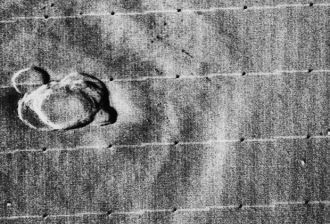 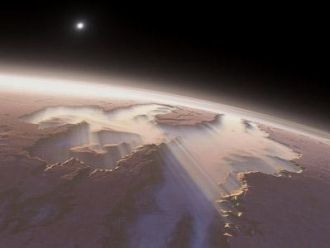 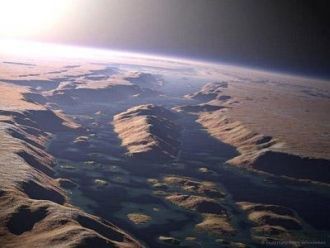 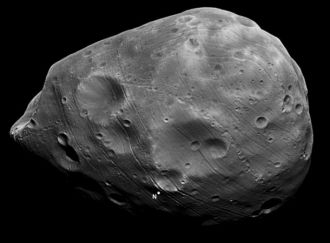 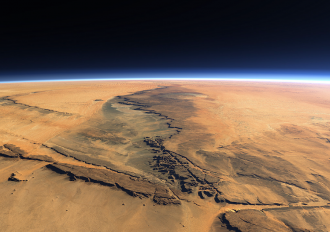