The Great Hinckley Fire of 1894

On Saturday, September 1, 1894 between the hours of 2:00 p.m. and 4:00 p.m., a great firestorm consumed and destroyed Hinckley and 5 smaller communities, namely Mission Creek, Sandstone, Miller, Partridge and Pokegama.

Picture a land covered with giant pines, some hardwoods, many swamps and small rivers; a virgin land untouched. Then, in 1870 the lumbering companies arrived and many lumbering camps, saw mills, railroads and finally villages developed. The area around Hinckley prospered and Hinckley incorporated in 1885. By 1894, Hinckley grew to a population of nearly 1400.

Over the years, lumbermen had reaped the best of the timber. Left was the ground choked with limbs and stumps from the trees that the loggers had felled. The slashings lay where they fell getting dryer and dryer each year. The summer of 1894 was extremely hot and dry. Little rain had fallen over a period of three months and conditions were ripe for fires. Many small fires had been set from the sparks of the many trains passing through and lumber companies routinely set fires to clear their slashings. The air was constantly hazy from the smoke.

Set ember 1st would have gone by as had each day before except for certain conditions. there were an unusual number of small scattered fires and a temperature inversion covered the entire area keeping the atmosphere filled with smoke and haze. About 10:00 that morning a breeze sprang up out of the southwest fanning the smoldering fires into open flames and creating fires large enough to break through the inversion and reach the cooler air on top. With the cooler air feeding down into many fires now raging, the wind and fire became fierce. As people fought the multiple fires, it soon became apparent that it was a losing battle. By mid afternoon, a gigantic wall of flame developed as the smaller fires, fed by the wind and cool air combined into a racing cyclonic fury.

As the fire consumed its territory, 418 people perished in Hinckley and the surrounding communities. The fire left a path of death and destruction too horrible to believe. About 28 people killed in Pokegama (now Brook Park) and about 80 perished from the Sandstone area. The fire covered 400 square miles consuming nearly everything in its path. It was impossible to outrun the wall of flame. Many tried but perished. People were saved in the Grindstone River and in a water filled gravel pit in the center of Hinckley. Two trains, the Eastern Minnesota (a division of the Great Northern) and the St. Paul & Duluth Railroad (later Northern Pacific) were instrumental in saving many lives. The heroic courage of the engineers of these trains saved hundreds of lives as they took survivors to Superior and Duluth where the two cities prepared to feed and house those that escaped. The panic massive exodus which occurred as hundreds fled the fire separated many of the families and in many cases it was several days of anxious worry and waiting until they knew if their loved ones were alive and safe.

Those that somehow survived in water holes, potato fields, or by some other miracle were in very poor condition. Their lungs were burned from the hot air, their eyes swollen shut from the smoke and their arms and legs badly burned and blistered. Many of the survivors were in shock.

One of the many heros of this tragedy was the telegrapher stationed at the St. Paul and Duluth Depot in Hinckley. Tommy Dunn remained loyal to his post and waited for orders. Eventually the very tracks the trains traveled on burned and no orders came. The young telegrapher perished in the fire. He had been determined to save the people of this area. His last know message that he tapped out on his key to the agent in Barnum was "I think I've stayed too long" Tommy Dunn had waited until it was too later for his own escape.

Following the fire, a group of seven brave men dared to venture out from the gravel pit where they had been saved and made their way on foot to Pine City which had not been touched by the fire. As that community was awakened by the horrifying news, they immediately prepared a train loaded with medicine, food and clothing. The train was on its way by 10:00 p.m. that night. Help also came from the north bringing doctors and supplies to what remained of Hinckley.

Before the fire, Hinckley was a prospering town and was well known as the "hub" of the lumbering industry in Minnesota. Two major railroads brought up to 22 trains a day through the town. Thanks to the courage and determination of a small group of local men, it was decided to rebuild Hinckley. Relief housing was set up immediately by the State and Hinckley was reborn out of the ashes.

After the fire, the huge Hinckley depot was rebuilt exactly as it had been before the fire. Today it houses the Hinckley Fire Museum that tells in detail the story of the Great Hinckley Fire of 1894.

Just to the east of town is the Hinckley Fire Monument which memorializes the 418 people that died. Beneath it are the four trenches where 248 victims are buried.

Beginning at the north end of Hinckley, just off Co. road 18 is the abandoned railroad bed that was the means of saving hundreds of lives. Today, it is a beautiful and well groomed bike and snowmobile trail. 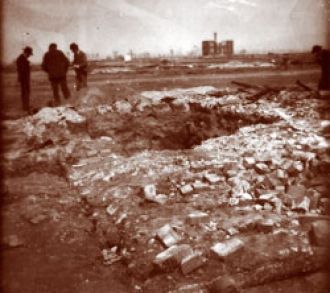 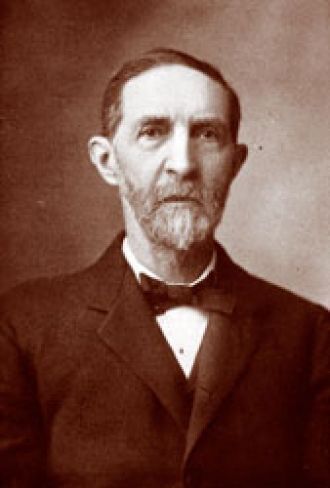 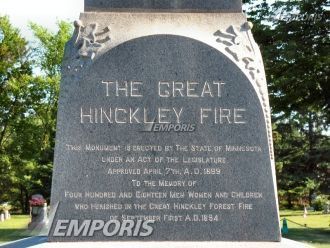 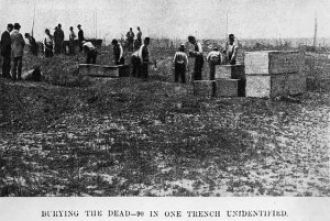 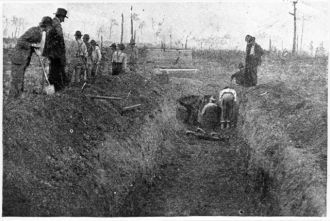 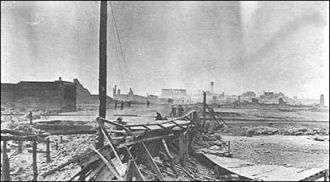 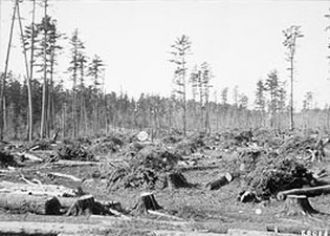 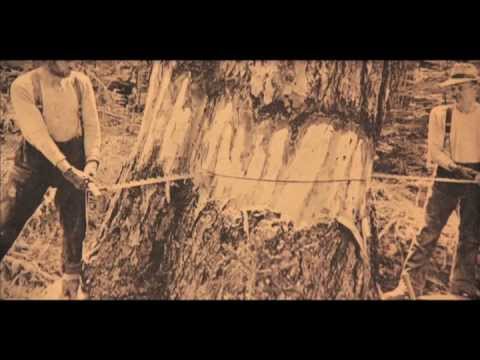 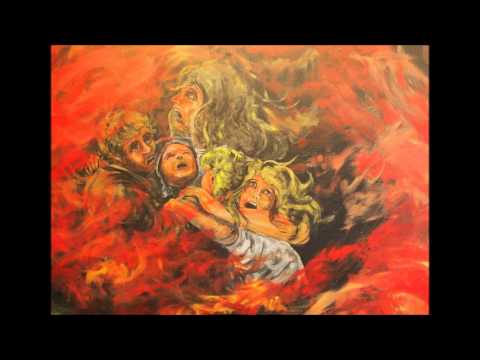 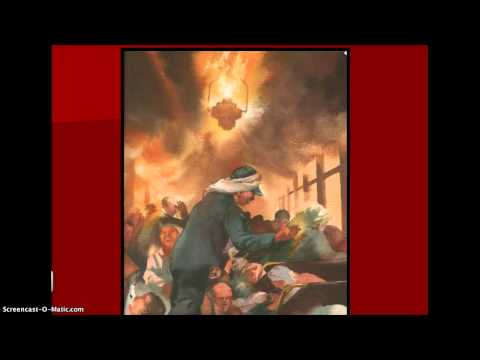