The first criminal was executed by electrocution

At Auburn Prison in New York, the first execution by electrocution in history is carried out against William Kemmler, who had been convicted of murdering his lover, Matilda Ziegler, with an axe.

Electrocution as a humane means of execution was first suggested in 1881 by Dr. Albert Southwick, a dentist. Southwick had witnessed an elderly drunkard “painlessly” killed after touching the terminals of an electrical generator in Buffalo, New York. In the prevalent form of execution at the time–death by hanging–the condemned were known to hang by their broken necks for up to 30 minutes before succumbing to asphyxiation.

In 1889, New York’s Electrical Execution Law, the first of its kind in the world, went into effect, and Edwin R. Davis, the Auburn Prison electrician, was commissioned to design an electric chair. Closely resembling the modern device, Davis’ chair was fitted with two electrodes, which were composed of metal disks held together with rubber and covered with a damp sponge. The electrodes were to be applied to the criminal’s head and back.

On August 6, 1890, William Kemmler became the first person to be sent to the chair. After he was strapped in, a charge of approximately 700 volts was delivered for only 17 seconds before the current failed. Although witnesses reported smelling burnt clothing and charred flesh, Kemmler was far from dead, and a second shock was prepared. The second charge was 1,030 volts and applied for about two minutes, whereupon smoke was observed coming from the head of Kemmler, who was clearly deceased. An autopsy showed that the electrode attached to his back had burned through to the spine.

Dr. Southwick applauded Kemmler’s execution with the declaration, “We live in a higher civilization from this day on,” while American inventor George Westinghouse, an innovator of the use of electricity, remarked, “They would have done better with an axe.” 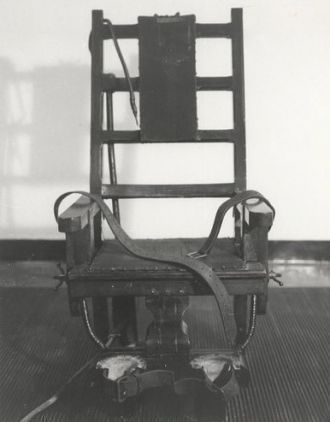 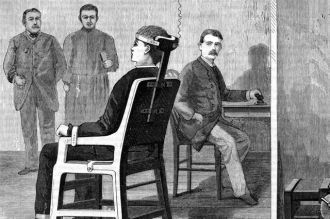 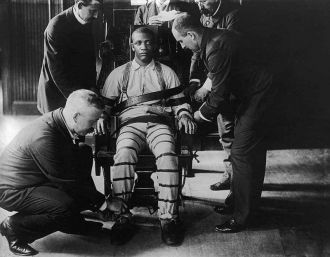 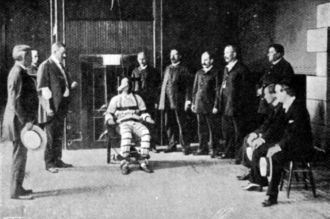 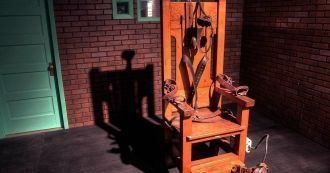 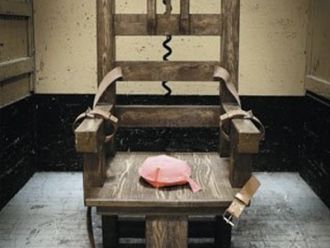 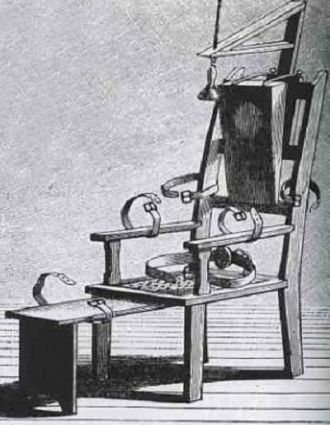 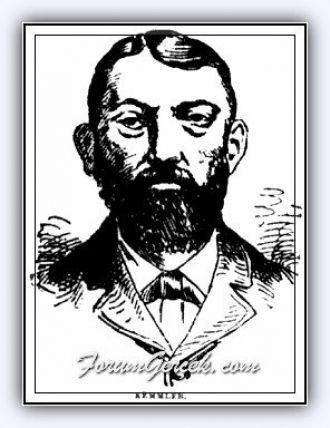 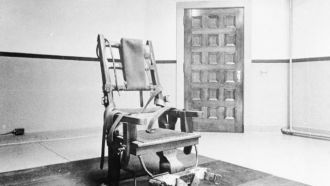 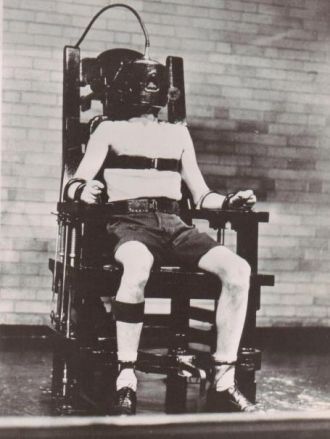 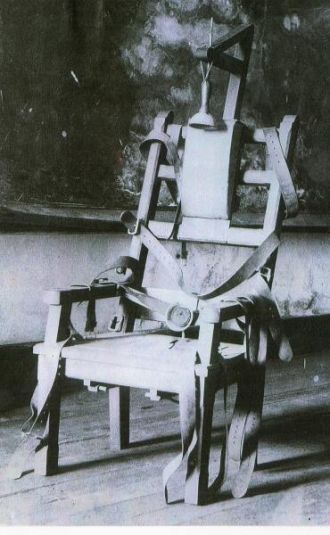 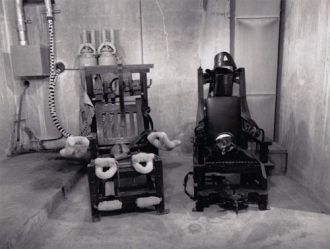 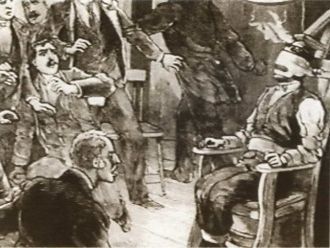 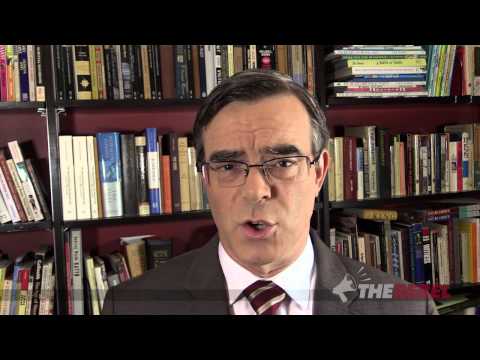 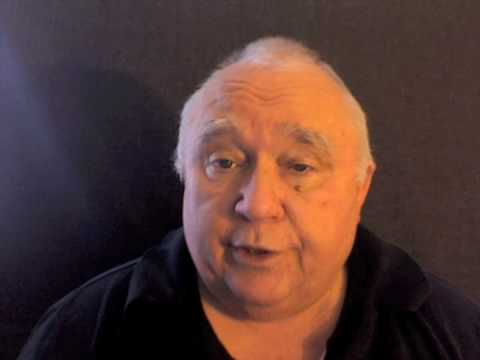 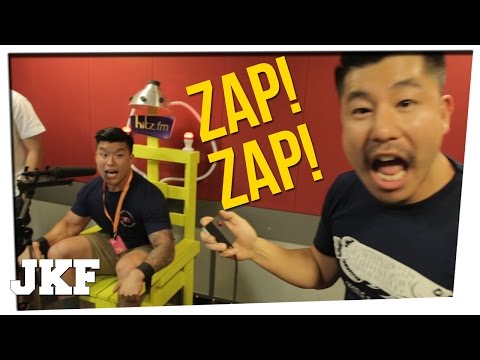