The construction of the transcontinental railroad

The First Transcontinental Railroad stretched from the East Coast of the United States to the West Coast. No longer would people travel in long wagon trains that took months to reach California. They could now travel faster, safer, and cheaper by train. In addition to people, things like mail, supplies, and trade goods could now be shipped across the country in just a few days. The railroad was built between 1863 and 1869. Background The first talk of a transcontinental railroad started around 1830. One of the first promoters of the railroad was a merchant named Asa Whitney. Asa tried hard for many years to get Congress to pass an act to build the railroad, but failed. However, in the 1860s Theodore Judah began to lobby for a railroad. He surveyed the Sierra Nevada Mountains and found a pass where the railroad could be built. The Route There were two main routes along which people wanted the first railroad to be built. One route was called the "central route". It followed much the same route as the Oregon Trail. It would begin in Omaha, Nebraska and end up in Sacramento, California. The other route was the "southern route". This route would stretch across Texas, New Mexico, and end up in Los Angeles, California. The central route was eventually chosen by Congress.

Building the railroad was tough, hard work. Weather conditions were especially tough in the mountains during the winter. A lot of times the only way to travel over the mountains was to go through the mountains by blasting a tunnel. The Central Pacific Railroad had to blast a number of tunnels through the Sierra Nevada Mountains. The longest tunnel built was 1659 feet long. It took a long time to build the tunnels. They were able to blast around 1 foot per day on average. While the Central Pacific Railroad had to deal with mountains and snow, the Union Pacific Railroad had to deal with Native Americans. As the Native Americans came to realize the threat to their way of life that the "Iron Horse" was going to bring, they began to raid the railroad work sites. Also, a lot of the land that was "granted" to the railroad by the government was actually Native American land. The Workers The majority of the workers on the Union Pacific Railroad were Irish laborers, many who had served in both the Union and the Confederate armies. In Utah, a lot of the track was built by Mormon workers. Most of the Central Pacific Railroad was built by Chinese immigrants. The Golden Spike The two railroads finally met at Promontory Summit, Utah on May 10, 1869. Leland Stanford, governor of California and president of the Central Pacific Railroad, drove in the last spike. This final spike was called the "Golden Spike" or "The Final Spike". You can see it today at Stanford University in California.

Interesting Facts about the First Transcontinental Railroad The Pony Express traveled a similar route to the central route and helped to prove that the route was passable in winter. The transcontinental railroad was also called the Pacific Railroad and the Overland Route. The total length of the First Transcontinental Railroad was 1,776 miles. The Central Pacific Railroad was controlled by four men called the "Big Four". They were Leland Stanford, Collis P. Huntington, Mark Hopkins, and Charles Crocker. It was later, in November of 1869, when the Central Pacific connected San Francisco to Sacramento. 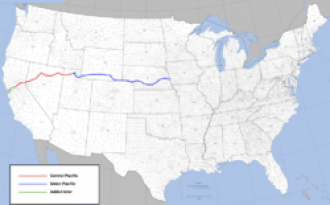 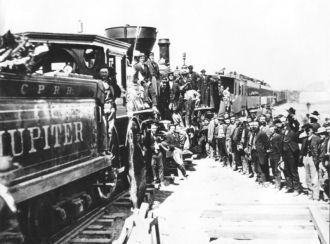 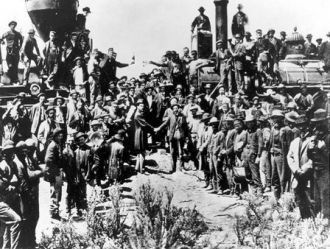 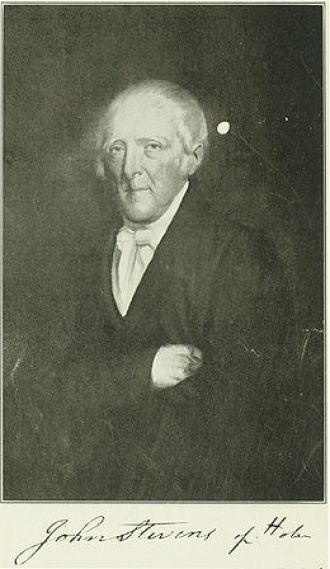 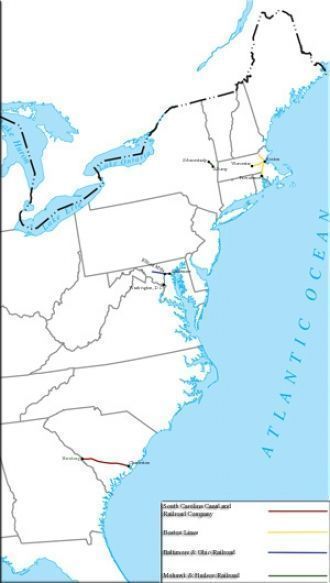 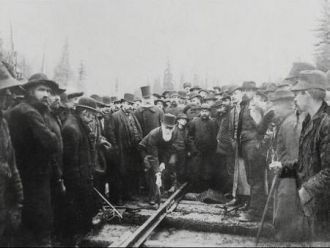 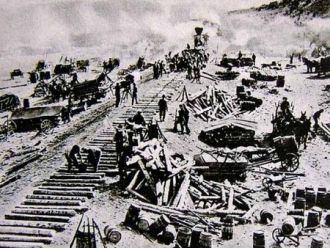 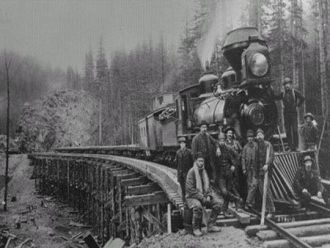 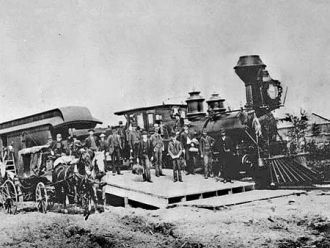 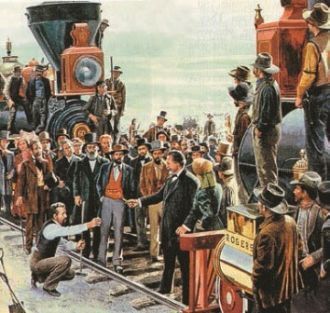 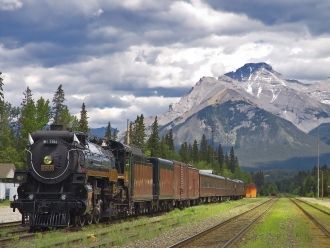 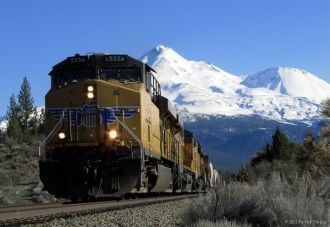 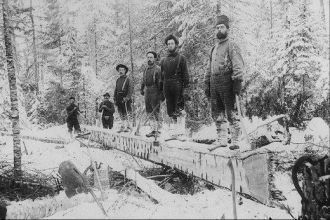 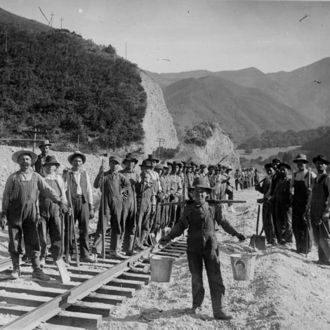 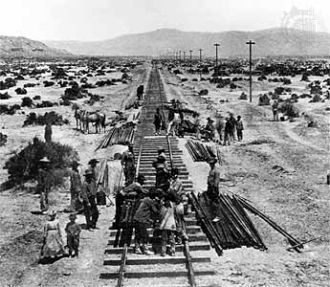 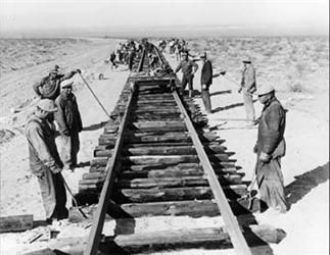 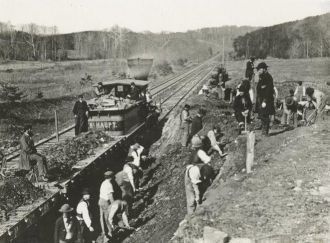 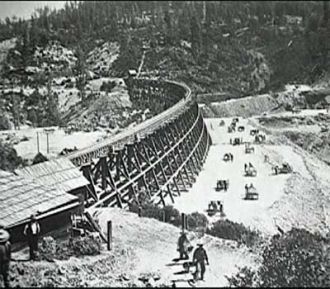 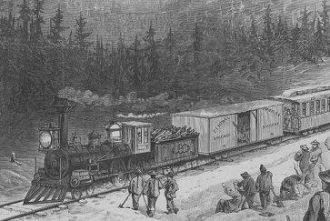 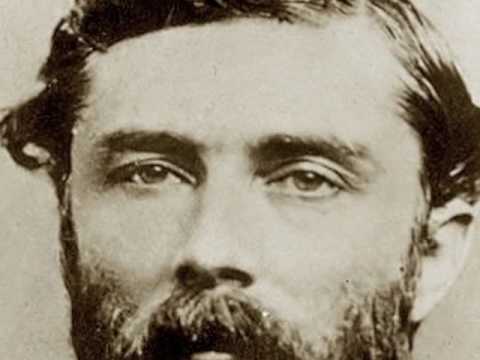 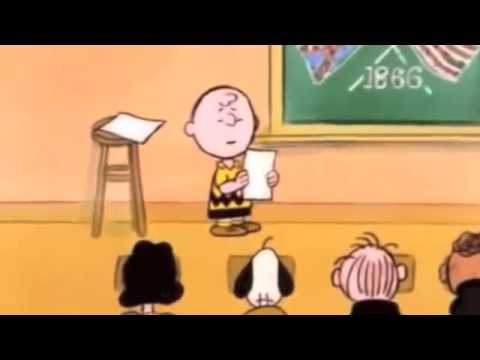 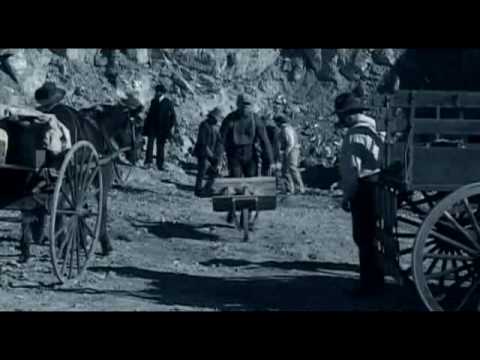 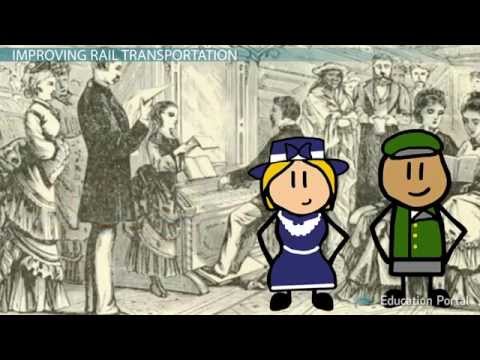 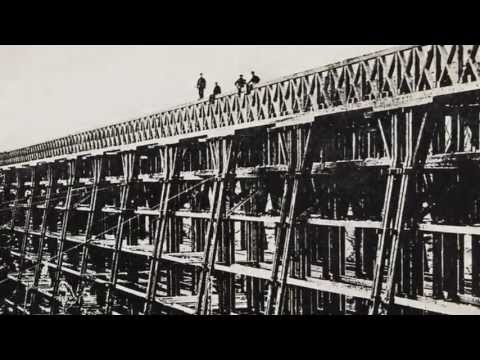