In Los Angeles, California, four Los Angeles police officers that had been caught beating an unarmed African-American motorist in an amateur video are acquitted of any wrongdoing in the arrest. Hours after the verdicts were announced, outrage and protest turned to violence, as rioters in south-central Los Angeles blocked freeway traffic and beat motorists, wrecked and looted numerous downtown stores and buildings, and set more than 100 fires.

On March 3, 1991, paroled felon Rodney King led police on a high-speed chase through the streets of Los Angeles County before eventually surrendering. Intoxicated and uncooperative, King resisted arrest and was brutally beaten by police officers Laurence Powell, Theodore Briseno, and Timothy Wind. Unbeknownst to the police, a citizen with a personal video camera was filming the arrest, and the 89-second video caught the police beating King with their batons and kicking him long after he was capable of resistance. The video, released to the press, caused outrage around the country and triggered a national debate on police brutality.

Rodney King was released without charges, and on March 15 Sergeant Stacey Koon and officers Powell, Wind, and Briseno were indicted by a Los Angeles grand jury in connection with the beating. All four were charged with assault with a deadly weapon and excessive use of force. Though Koon did not actively participate in the beating, as the commanding officer present at the scene he was charged with aiding and abetting. Powell and Koon were also charged with filing false reports.

Because of the uproar in Los Angeles surrounding the incident, the judge, Stanley Weisberg, was persuaded to move the trial outside Los Angeles County to Simi Valley in Ventura County. On April 29, 1992, the 12-person jury, which included 10 whites and no African-Americans, issued its verdicts: not guilty on all counts, except for one assault charge against Powell that ended in a hung jury. The acquittals touched off rioting and looting in Los Angeles that grew into the most destructive U.S. civil disturbance of the 20th century.

Violence first erupted at the intersection of Florence Boulevard and Normandie Avenue in south-central Los Angeles. Traffic was blocked, and rioters beat dozens of motorists, including Reginald Denny, a white truck driver who was dragged out of his truck and nearly beaten to death by three African-American men. A news helicopter, hovering over the street, recorded the gruesome event. Los Angeles police were slow to respond, and the violence radiated to areas throughout the city. California Governor Pete Wilson deployed the National Guard at the request of Mayor Tom Bradley, and a curfew was declared. By the morning, hundreds of fires were burning across the city, more than a dozen people had been killed, and hundreds were injured.

Rioting and violence continued during the next 24 hours, and Korean shop owners in African-American neighborhoods defended their businesses with rifles. On May 1, President George Bush ordered military troops and riot-trained federal officers to Los Angeles and by the end of the next day the city was under control. The three days of disorder killed 55 people, injured almost 2,000, led to 7,000 arrests, and caused nearly $1 billion in property damage, including the burnings of nearly 4,000 buildings.

Under federal law, the four officers could also be prosecuted for violating Rodney King’s constitutional rights. On April 17, 1993, a federal jury convicted Koon and Powell for violating King’s rights by their unreasonable use of force under color of law. Although Wind and Briseno were acquitted, most civil rights advocates considered the mixed verdict a victory. On August 4, Koon and Powell were sentenced to two and a half years in prison. 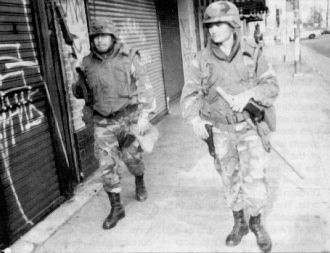 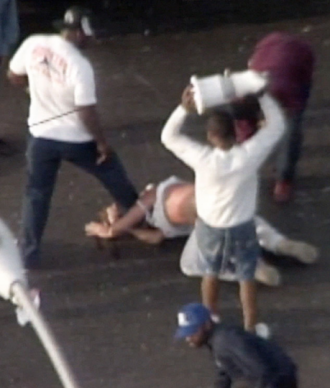 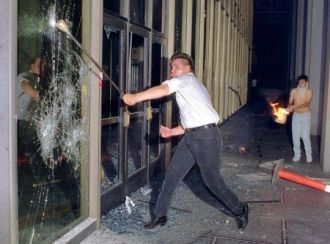 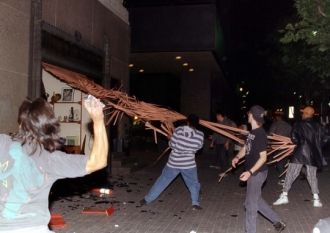 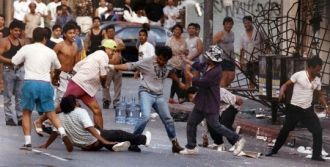 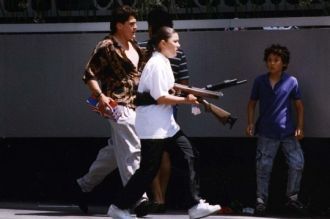 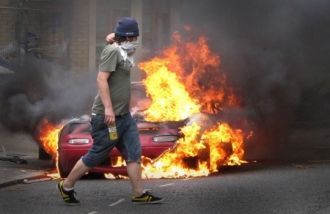 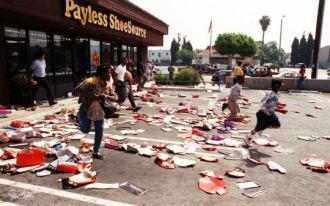 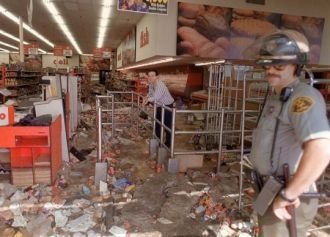 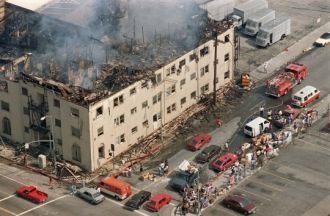 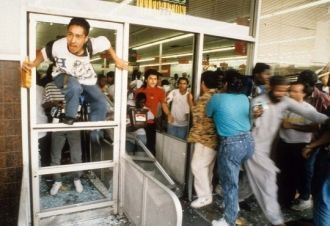 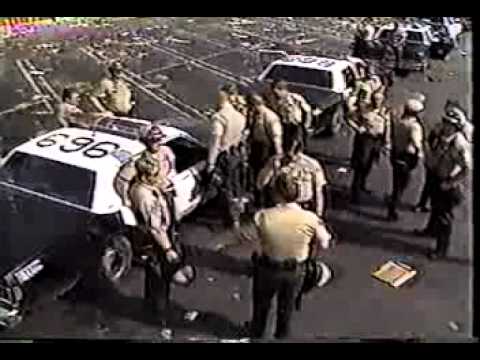