Inauguration of the Statue of Liberty

The Statue of Liberty, a gift of friendship from the people of France to the people of the United States, is dedicated in New York Harbor by President Grover Cleveland.

Originally known as “Liberty Enlightening the World,” the statue was proposed by the French historian Edouard de Laboulaye to commemorate the Franco-American alliance during the American Revolution. Designed by French sculptor Frederic-Auguste Bartholdi, the 151-foot statue was the form of a woman with an uplifted arm holding a torch. Its framework of gigantic steel supports was designed by Eugene-Emmanuel Viollet-le-Duc and Alexandre-Gustave Eiffel, the latter famous for his design of the Eiffel Tower in Paris.

In February 1877, Congress approved the use of a site on New York Bedloe’s Island, which was suggested by Bartholdi. In May 1884, the statue was completed in France, and three months later the Americans laid the cornerstone for its pedestal in New York Harbor. In June 1885, the dismantled Statue of Liberty arrived in the New World, enclosed in more than 200 packing cases. Its copper sheets were reassembled, and the last rivet of the monument was fitted on October 28, 1886, during a dedication presided over by President Cleveland and attended by numerous French and American dignitaries.

On the pedestal was inscribed “The New Colossus,” a sonnet by American poet Emma Lazarus that welcomed immigrants to the United States with the declaration, “Give me your tired, your poor, / Your huddled masses yearning to breathe free, / The wretched refuse of your teeming shore. / Send these, the homeless, tempest-tost to me. / I lift my lamp beside the golden door.” In 1892, Ellis Island, adjacent to Bedloe’s Island, opened as the chief entry station for immigrants to the United States, and for the next 32 years more than 12 million immigrants were welcomed into New York harbor by the sight of “Lady Liberty.” In 1924, the Statue of Liberty was made a national monument, and in 1956 Bedloe’s Island was renamed Liberty Island. The statue underwent a major restoration in the 1980s. 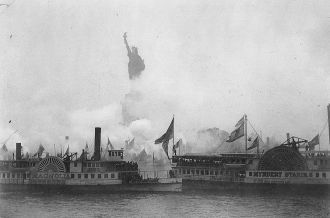 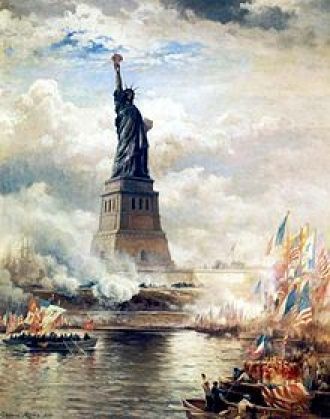 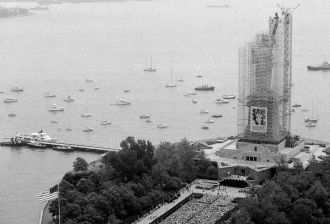 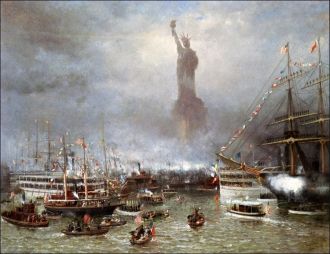 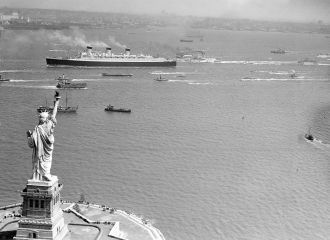 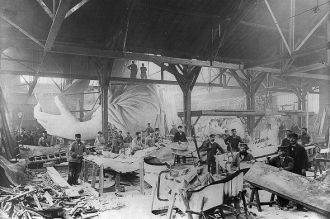 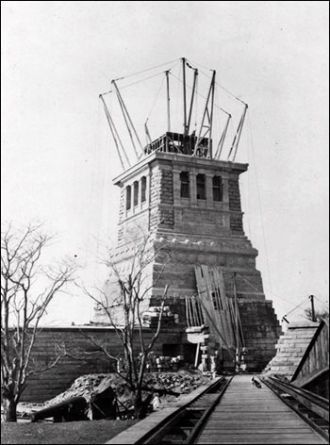 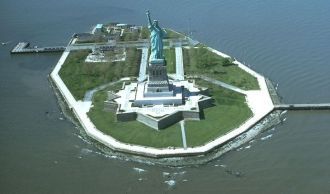 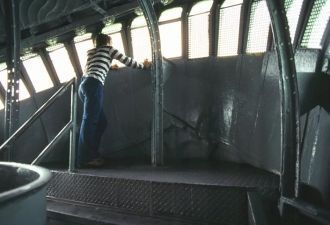 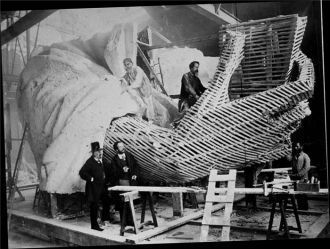 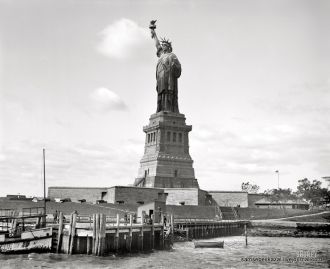 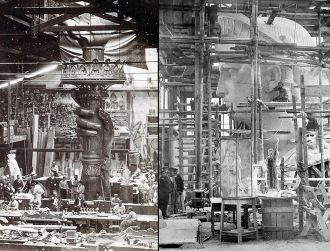 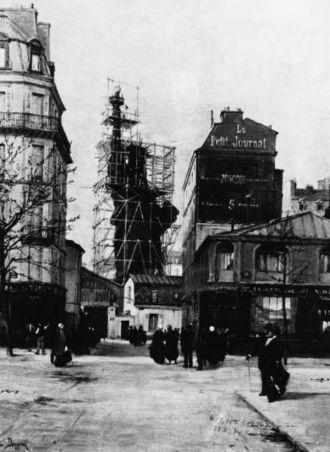 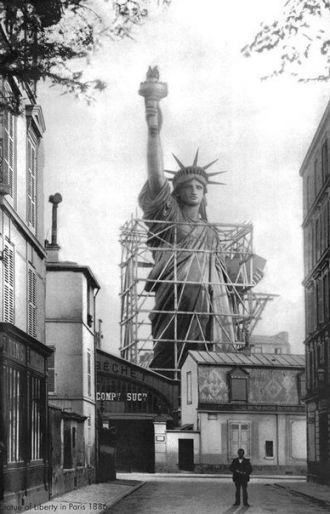 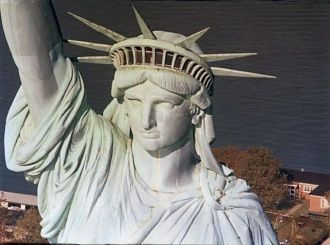 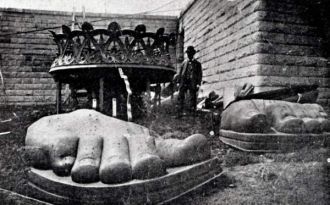 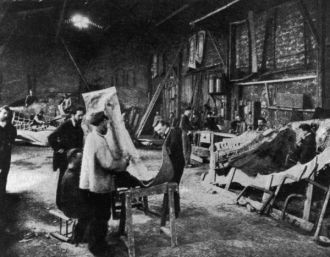 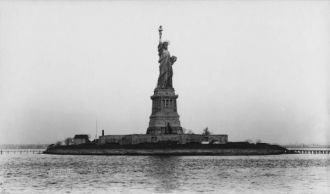 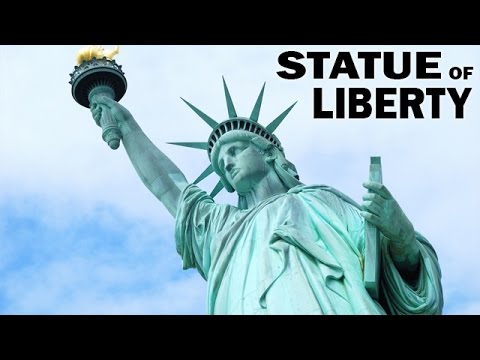